Meet the Dedicated People Behind 610.

Mr. Morrison, often referred to as dMO, has been with 610 since the beginning. He is the Head of Robotics at Crescent School, and teaches grade 11 and 12 Technological design classes as well as Science.

What defines an exceptional mentor? Respect on a personal and professional level, responsibility to lead a team to its fullest potential, and above all, the compassion to reach out to all of its members, both junior and senior. These are the core values of our mentor, Don Morrison. In every aspect of his work as a team mentor, he is unparalleled in showing these core values. We expect nothing less of Mr. Morrison; he cares about his students, and he indoctrinates Team 610 on the value of teamwork through communication. An inspiration to the entire team at Crescent Robotics, Mr. Morrison embodies teamwork, and the dogma to include everyone, despite skill level, interest, or background. Every year, during our first week of build season, Mr. Morrison assembles our team of roughly 40 students, and instructs us in a series of brainstorming exercises. His seemingly pragmatic and simple exercises blossom into a steady flow of innovation, causing ideas to fly around the room like popcorn in a microwave. However, when things get out of control, Mr. Morrison brings everything back into context with another exercise. This shows Mr. Morrison’s incomparable understanding of what it means to be a mentor of our team. Though he is the seed of our brainstorming discussions, when students have grasped an idea, he steps back and lets us creatively define what our robot will become. Mr. Morrison’s work with FIRST only touches upon the generosity and kindness that he exemplifies everyday with Team 610. His ability to inspire students, to promote team communication during the six week marathon of the FRC build-season, and his unrequited work with FLL, FTC, and FRC, which he has now implemented into the Crescent curriculum, prove him to be the most valid candidate for the Woodie Flowers Award. One of his favourite quotes to stay on topic is, “You’ve gotta get down to the meat and potatoes of the matter.” Well, Mr. Morrison, you really are the meat and potatoes of Crescent Robotics. 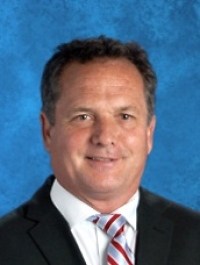 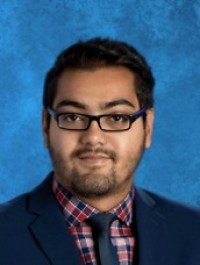 From his 2014 Woodie Flowers Finalist Award Winning Essay: A great mentor is a key piece to any team. A phenomenal mentor is recognized as the backbone of a team. For 7 years, Rob Stehlik has been the backbone of Team 610, supporter of all FRC teams, and the lead engineering mentor of a Championship-winning team. His knowledge is vast, emotions are authentic, and principles life-changing. But that’s just what Mr. Stehlik does: changes the way we think, challenges us, and ultimately elicits true inspiration. No matter which team, no matter what age, Mr. Stehlik’s primary goal is students learning. On 610, he encourages students to take ownership of their projects. He values the learning we receive from experience far greater than a winning robot. Thus, every part on the robot is designed and machined by a student and we make important decisions. Yet, everyone feels they can come to Mr. Stehlik with a problem because he has the ability to clarify, simplify, and set you up with the next step to continue. He makes problems less daunting which motivates students to continue tackling them. Due to his philosophy, the kids can accept full ownership for their accomplishments, big or small. Mr. Stehlik makes the plunge into engineering easy by teaching new members how to CAD and manufacture. In no time at all, junior members are skilled enough to design and create alongside their senior counterparts. He also works extensively with older students to teach advanced concepts with the expectation that they in turn teach the younger members of the team. With this, we achieve full-team collaboration. Mr. Stehlik writes curriculum and engineering tutorials for students from grades 3-12. For all grade 9 students, he has designed VEX squarebot challenges. The challenge requires design and coding for robots to navigate mazes, follow light beams, or pick up rings. The significance of this course is that all students have the opportunity to appreciate robotics, not just robotics team members. With this course, he is helping change culture. From a bomb-disposal robot, to a LEGO monkey bar climber, Mr. Stehlik’s personal projects are awe-inducing. In 2007, he brought his enthusiasm for engineering to our team along with a P. Eng. degree. By day, he manages the machine shop and helps teach Technological Design classes. By night, he is our amazing engineering mentor. At competition, he can often be found in other teams’ pits helping to solve their problems because he cares about the ability for all students to learn and enjoy the FIRST experience. He is confident that our members are experienced enough to work without him and gain real, on-the-fly experience. Mr. Stehlik reflected on his ideology in a Toronto Star interview after the 2013 Championships, “‘We want the kids to have the hands-on approach and try to do everything on their own,’…‘It’s amazing the growth we’ve seen in these kids. They’ve learned to work so independently and the perseverance has been incredible.’” Well, Mr. Stehlik, we think you’re incredible too. 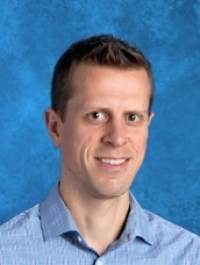 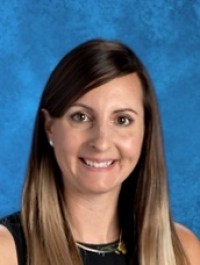 Ms. Fioroni has been involved with the program since 2011. Ms. Fioroni has a degree in electrical engineering and shares her expertise with students on the Energy Systems team and special robotics projects. She is also responsible for all of the unnoticed tasks that keep our team running. From detailed organizing of our regional competitions to managing all aspects of team travel, she is instrumental to our team. This year, she took on the gargantuan task of organizing the GTR-W regional at our school. After months of planning and preparation the event went smoother than a bearing.

“You cannot build a dream on a foundation of sand. To weather the test of storms, it must be cemented in the heart with uncompromising conviction.” – TF Hodge. David Grant is the foundation of Team 610. Without Mr. Grant’s efforts to introduce FIRST to Canada, our team wouldn’t have had the opportunity to achieve our dream (to become World Champions). After travelling to First Championships in 2001 and being truly amazed by the USFIRST program, Mr. Grant knew FIRST needed to come to Canada. It was his compelling communication skills combined with his undying determination that allowed him to secure funding for the program. Working with WFA winner Mark Breadner, David Grant selflessly dedicated his time to ensure the growth of the FIRST community. He supported FIRST at the highest level through its infancy as a Board Member, helped organize the very first regional in Canada, and went on to become FLL Tournament director for many years. He is the founding mentor of a World Championship team. He was able to balance all of this while mentoring 610, teaching, and raising his own two children. Although Mr. Grant played an integral role in bringing FIRST to Canada, his most significant accomplishments are seen in his work as Team 610’s founding mentor. He is the first mentor to teach every team member the basics of the design and engineering. As a physics teacher, he uses his knowledge of physics to explain various concepts to students, particularly through detailed diagrams. In the technological design courses he has integrated in our school’s curriculum, he encourages his students to document their work in the same manner using various forms of communication including annotated diagrams and summaries. Mr. Grant understands the best way to prove you understand a concept or skill is to explain it to someone else, which is why he promotes peer assistance both in his classes and on Team 610. Rather than dictating the choices made by the team, he plants a seed during discussions to promote the flow of ideas. He encourages all students, regardless of their age or division, to be active participants and offer their own unique suggestions during discussions. Once students have laid the groundwork for their plans, Mr. Grant is able to step back and simply provide guidance. What often results is a creative idea which is employed and succeeds, the result of a student successfully using his problem solving skills. Although you have taken a step back in recent years, thank you Mr. Grant for all that you’ve done. 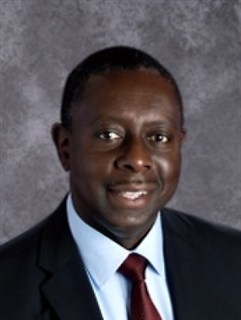